Business Failures and What To Learn From Them

Failure in business is not a phrase you want to hear, but it is one that is common to many startups and entrepreneurs. Nine out of every ten startups will fail, and only some of the rest will achieve greatness.

When a startup does fail, it seems that founders like to pen an essay describing to the world why their startup wasn’t successful. Some of these have become honest reflections of wrong decisions and assumptions during the creation of a project, while some lay the blame on others or offer no apologies to those affected by their failure.

We can also use news and analysis from other businesses like Blockbuster and Merry-Go-Round to give insights into how businesses fail. So here are some of the top business failures and what we can learn from them.

Merry-Go-Round and Not Offering a Product the Customer Wanted

The national clothing brand was very popular in the 1970s and 1980s as it offered fashion conscious teens exactly what they were after. At one point the brand operated from 500 stores nationwide and was at the height of fashion.

However, it failed to adapt to customer demands, and while it continued to sell the same style of clothes, their customers were shopping elsewhere. The result was bankruptcy that took the business out of malls in 1996.

While many might say lack of funds was the reason for the closure, the lack of money wouldn’t have happened had the company kept up with trends. They sold a product no-one wanted, so they spent unnecessarily and didn’t recoup those losses.

This is the case for 42% of startup failures. Businesses frequently fail to understand when there is no need for the product they are selling or that it needs updating in line with current trends. While in some cases, this can be overturned, it can’t always. Only proper market research and customer surveys can help you decide whether your product has the potential to thrive and be adopted by customers or not.

Tower Records and Running Out of Cash

A very famous brand that just ran out of money is Tower Records. They were the first to give us the music mega-store. They saw a massive expansion in the 1990s, but this action led to significant debts that was cited as one of the reasons why they filed for bankruptcy. Another factor was the lack of revenue due to tough competition from mass discounters and piracy.

The lack of funds meant the company had to be liquidized. Other businesses in the industry; like Zavvi and HMV in the UK have been able to stop trading in Malls and continue as online sellers. While there is a Tower Records website, this was bought from the company.

While your business can make a loss, and is expected to in the early days of trading, it can’t operate without money. Always ensure you have the funds available to fall back on when you have a bad month. This also suggests that you should be careful with your investments and not extend yourself too far. Risk might be an everyday part of the entrepreneur’s life, but you must make calculated decisions rather than rely on luck.

In the analyses by CB Insights, 29% of businesses failed because they had no more cash.

The third most common reason for startup fails is not having the right people behind the project.

Staff are the backbone of your success and the wrong member of staff can be costly to your company. While research papers state different amounts, the highest recorded cost for a bad employee is $50,000 per annum.

When you are hiring for your startup, you need to consider several key factors:

Careful hiring and consideration of job roles incorporating the culture of your company, and being able to offer relevant training will all ensure your team are the right people behind your venture. 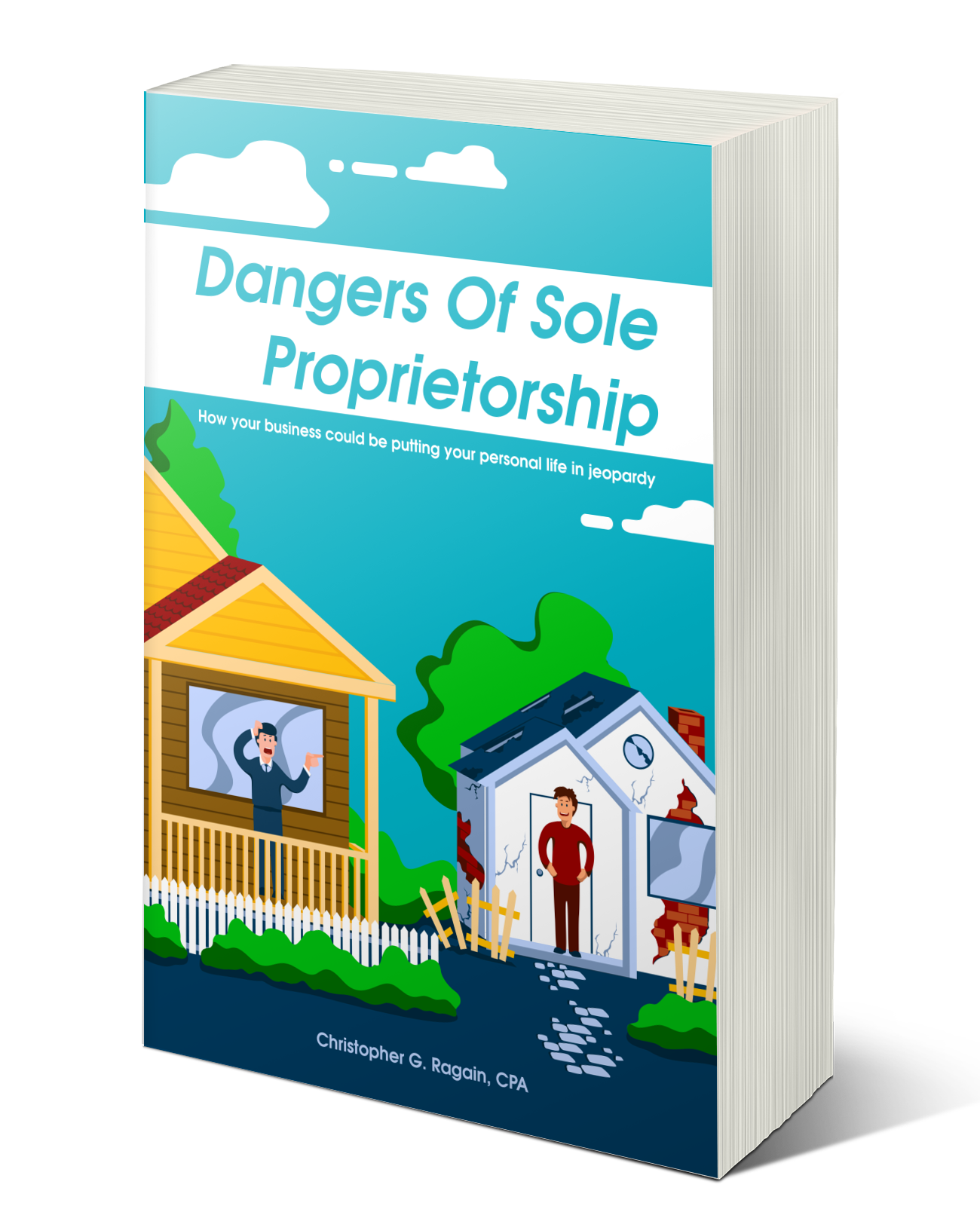 Your Sole Proprietorship Could Put Your Family At Risk!

If you have what is called a "naked" sole proprietorship, you may be putting your assets and family in danger.
To see if you have your business setup correctly, and to learn how to fix your current businesses structure, download our free ebook:
Download eBook

Want to hear more about how we help small business owners?

Uber's success has been big news over recent years. Since its arrival seven years ago, it now earns over $1.5 billion worldwide. It was inevitable that at some point another entrepreneur would attempt to repeat their success.

In came Karhoo. While they attempted to take a slice of the market, they found that Uber already had too strong a grip and they didn’t have the USP to drag customers away. The amount funded into this international startup is disputed. Some reports suggest the amount was approximately $52 million, while others suggest $250 million.

What is known is that in the last six weeks, many of their employees worked unpaid and that the financial situation was so dire that a new management team couldn’t see a way forward for the brand.

This isn’t uncommon. Competition is at least partly responsible for one in five business failures. Yet by having a unique USP and way of doing business that differentiates you from the market, you will more likely be able to attract clients to your brand away from major competitors.

It is important to note that just because there isn’t a big-player dominating the market now, that it won’t always be like that. Blockbuster controlled the video (and later DVD) rental market. Netflix’s approach was unique and just what customers wanted. A few short years later and Blockbuster is now a defunct brand and Netflix controls the market. The big lesson here: the market leaders are only there until a better offer for customers comes along.

Business failure happens to many entrepreneurs. While failure is frustrating and disheartening, it is a learning experience. But it isn’t just your own failures that you should be learning from. If you can learn from the failures of others, you can improve your business now and show that you can grow and succeed with a flair of brilliance. 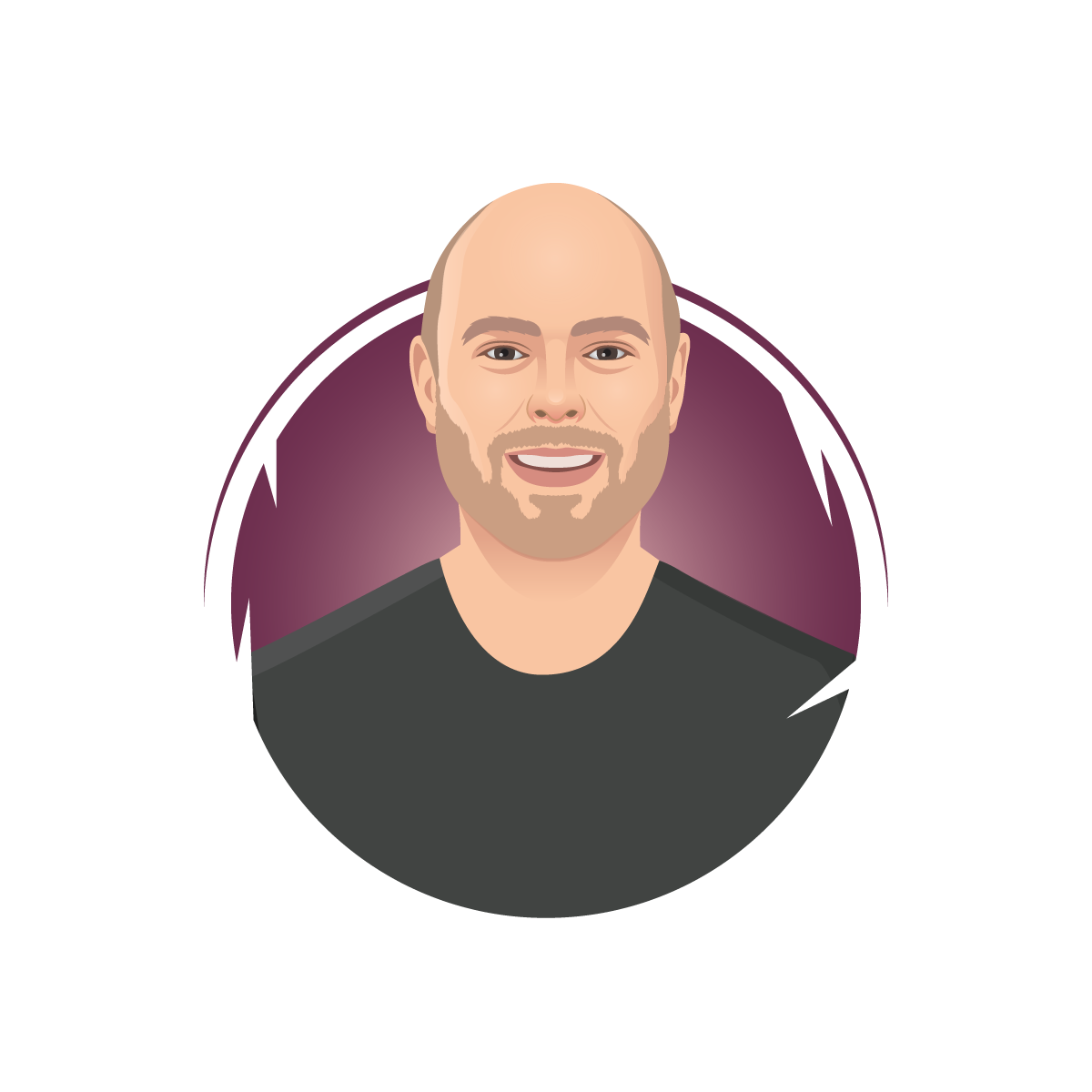 Christopher Ragain, CPA is the founder of Halon Tax and one of the industries top authorities on micro-business taxation and tax planning.

Small Business
The Criteria to Hire a Professional Tax Specialist
Hiring or changing a tax specialist can be stressful. Find out what you should be looking for in your tax professional. 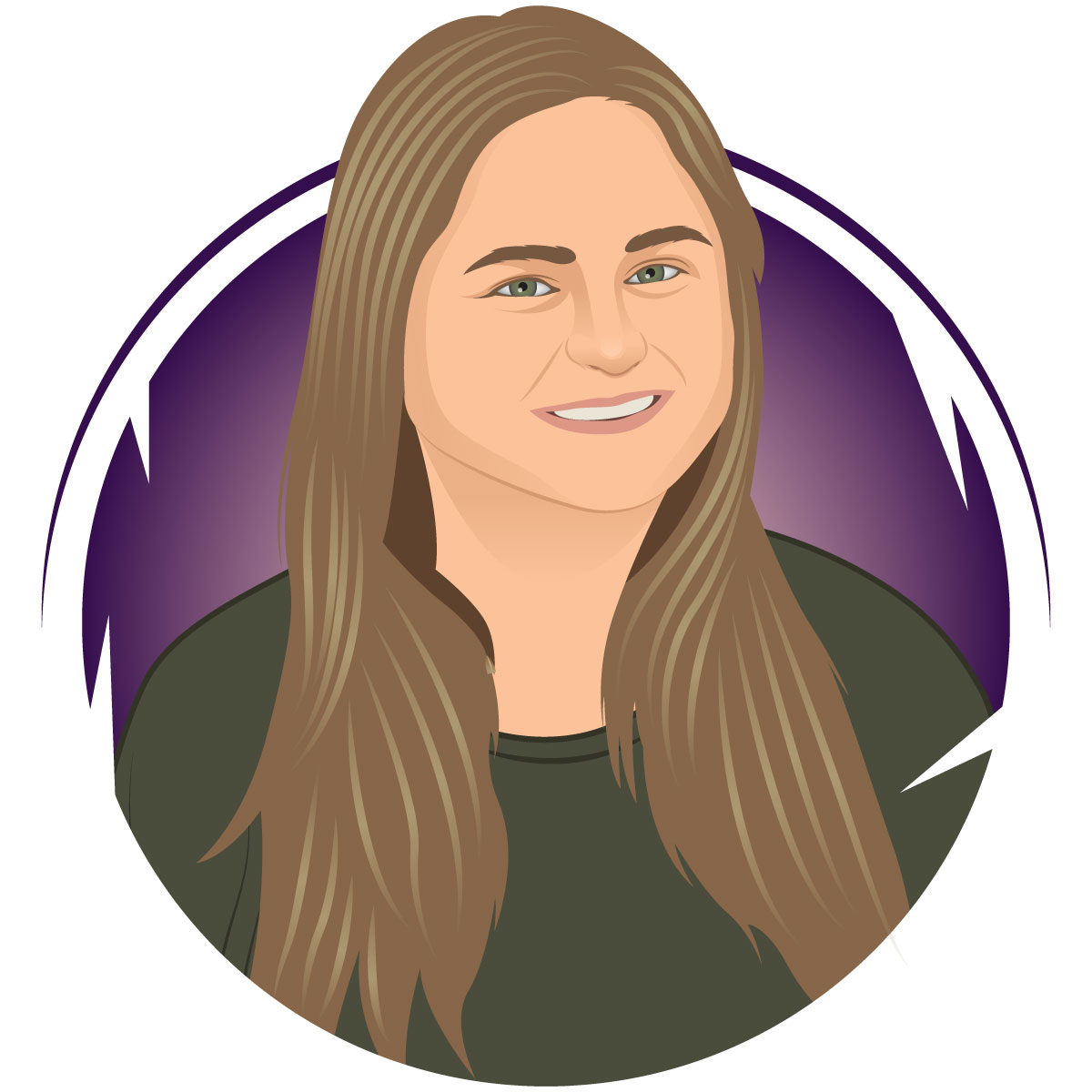 Tatiana Bashlova
Small Business
Simplified Employee Pension Individual Retirement Arrangement (SEP IRA)
Pros and cons to opening a SEP IRA. Here's how to know if it's right for you.

Christopher Ragain, CPA
Small Business
Why Small Business Tax Rates Matter
As a small business owner it is important you are aware of the tax rates that are relevant to your business. In this blog we dive into what you should know.

Tatiana Bashlova
Small Business
Small Business Retirement Plans - Which Is Right For You?
Picking the right retirement plan for you and your business doesn't have to be overwhelming. You just need the details. 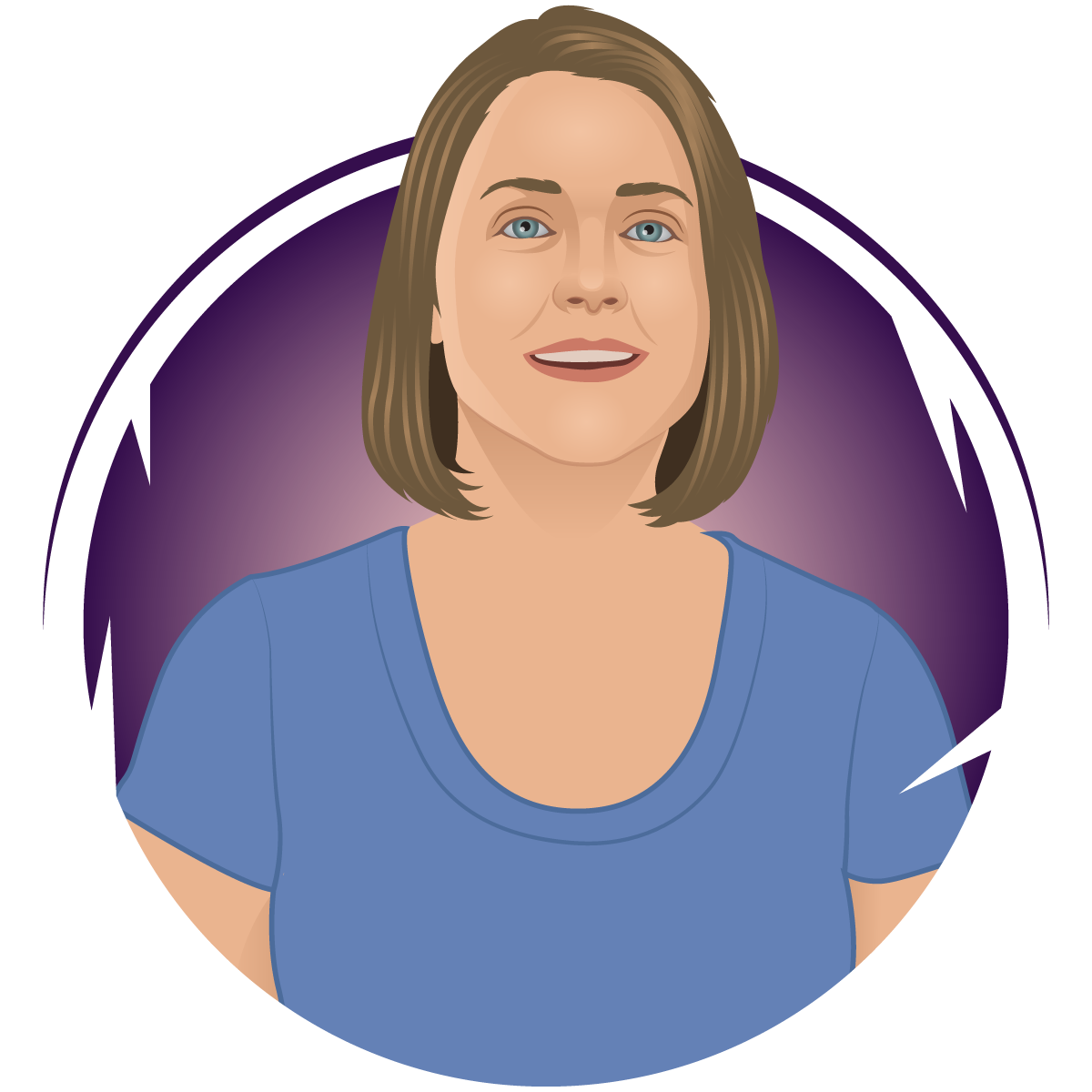